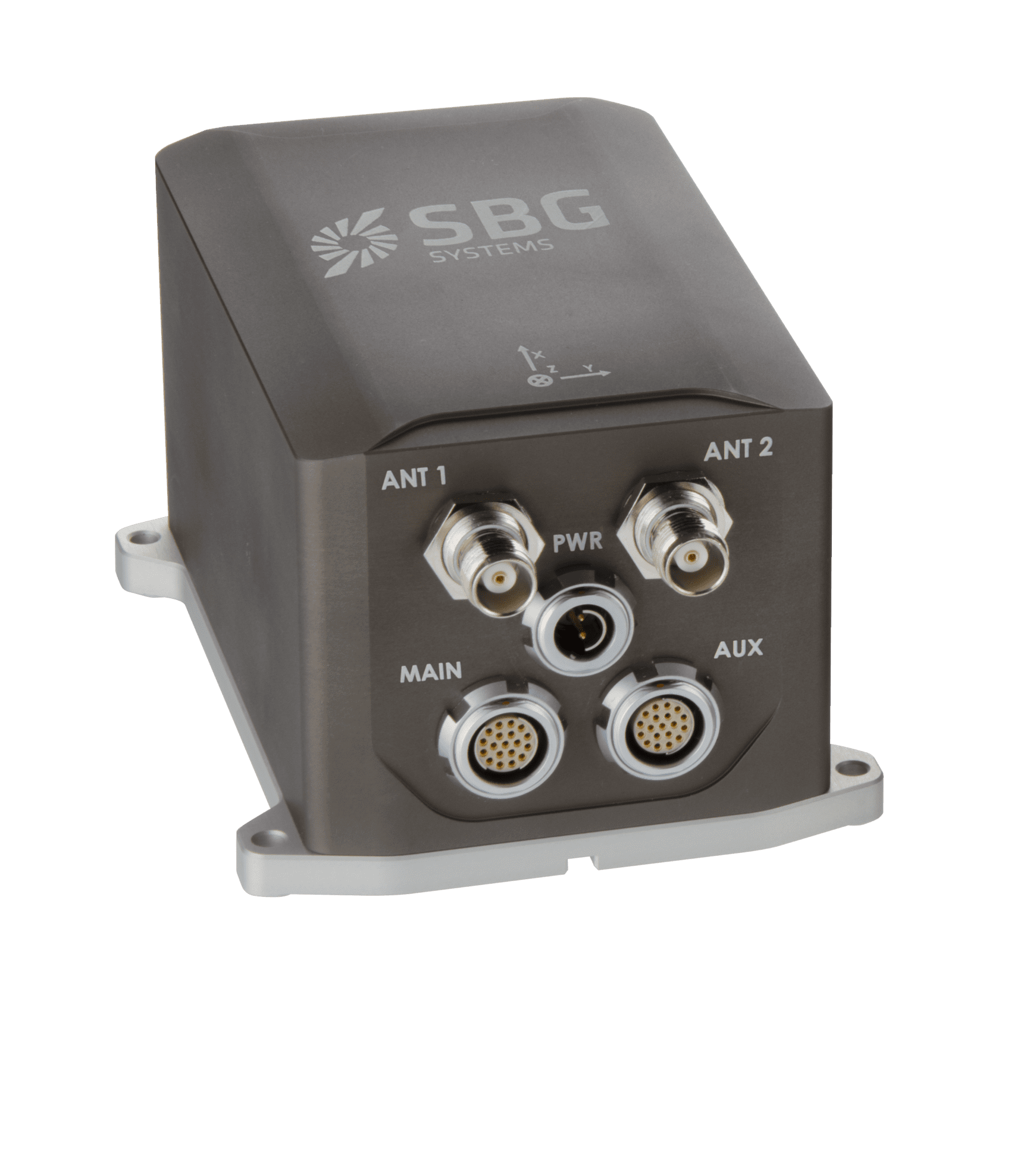 SBG Systems provides excellent inertial sensors; it was important for us to work with a reliable, local provider”

With the digitalization of transport services, train localization in real-time has become increasingly important for the European railway sector and European travelers. Currently, the position of the train for signaling purposes is based on trackside equipment such as track circuits or axle counters, which are mounted devices at specific intervals along the railway track. Using GNSS could prove to be a game-changer for the European railway network.

The CLUG project – meaning “Certifiable Localization Unit with GNSS”- is a 2-year project (starting January 2020) gathering a large and complete consortium of different partners comprising railway companies (SNCF, DB NETZ, and SBB), railway signaling industries (CAF and Siemens), navigation specialists (Airbus Defense and Space, Naventik, FDC), a research institute (ENAC), and a certification expert (Navcert). It builds on the use of GNSS coupled with other sensors (such as IMU and odometer) to provide a continuous and accurate train localization that could be integrated into the future European Rail Traffic Management System (ERTMS).

The EU-funded CLUG project will assess the creation of a failsafe on-board localization unit, with the 4 following characteristics:

Why could it be a Game-Changer for the European Railway Network?

By enabling a significant reduction of trackside equipment – also meaning less fragile and vulnerable equipment – and improving localization performance, the  CLUG project could prove to be a game-changer for the European railway network. Ultimately, this project is the key enabling technology for the future-proof development of train digitalization and automation. Efficiency, punctuality, and safety: this future train technology will respond to the increased mobility needs of all European travelers and offer them an improved customer experience.

Two different inertial navigation systems have been selected for the CLUG project experimentations. “SBG Systems provides excellent inertial sensors; it was important for us to work with a reliable, local provider,” indicates Valentin Barreau, Train Localization Project Manager at SNCF.

First, the Apogee-D is an all-in-one inertial navigation system integrating a tri-frequency GNSS receiver providing a very high-accuracy attitude (0.008°), true heading (0.015°), and position. The second INS is the Ekinox-E, an externally-aided inertial navigation system, which can be connected to an external GNSS receiver chosen by the user. It delivers an attitude up to 0.02° in real-time and is coupled here with a GNSS receiver for true heading (0.05°) and continuous position in case of GNSS outages. The CLUG team also connects an odometer to both INS for even higher performance, especially in long tunnels. For this particular application, CLUG uses INS raw data; Airbus Defense and Space designed the algorithm used to generate the train localization, and employs the Apogee inertial and GNSS data post-processed as a reference for the testing phase.

Like all SBG inertial sensors, Apogee-D and Ekinox-E benefit from an extensive testing, screening, and calibration process. Each sensor is individually calibrated from -40 to 85°C and is shipped with its calibration report. Sensors are tested, and only those that meet specifications are delivered. This process ensures the highest level of reliability.

Results of this amazing experimentation are expected in December 2021. Follow every step of this technical adventure on the CLUG website and Social Networks (LinkedIn and Twitter).