SBG Systems releases the Virtual Base Station (VBS) feature in its in-house post-processing software called Qinertia. Geospatial professionals benefit from an optimal centimetric position accuracy in all their projects, even for corridor mapping and in poorly covered RTK areas.

Qinertia is SBG Systems’ in-house GNSS and INS post-processing software. It gives access to offline RTK corrections from more than 7,000 base stations located in 164 countries. Trajectory and orientation are then greatly improved by processing inertial data and raw GNSS observables in forward and backward directions.

Qinertia PPK software now includes a brand new Virtual Base Stations (VBS) functionality. The VBS consists in computing a virtual network around your project in which position accuracy is maximized, homogeneous, and robust as for PPK short baseline. Surveyors can collect data far from base stations or over large areas , making it ideal for corridor mapping. After the mission, Qinertia chooses the most relevant reference stations, build a virtual network, and bring your project to the centimetric accuracy with no jump on accuracy, nor convergence effects, even in urban areas.

One PPK Software for All your Projects

Qinertia has always been designed to support all GNSS receivers and third-party IMUs. SBG Systems has worked very hard to offer a VBS that can take the most out of any GNSS receivers from different brands, models, with different configurations or constellations, and even with different coordinate systems. Qinertia automatically adjusts the VBS network to compensate for any base station position inaccuracy and provides full quality control indicators to assess the expected accuracy and reliability. Qinertia VBS technology can mix users base stations with permanent network base stations to improve accuracy in remote locations. Even with this sophisticated VBS computation, Qinertia stays the fastest Post-processing software because it parallelizes the calculation of every base station in the virtual network and simultaneously process the Forward and Backward computations. A typical UAV survey can be computed in less than a minute, and VBS computation doesn’t mean increasing your project time!

Qinertia is highly flexible and intelligent. It automatically selects the best positioning technology that apply to your project, whether it is a single base station mode, the Virtual Base Stations mode, or a Precise Point Positioning computation. Control is still in the user’s hands: the user can manually choose the mode, take a base station away, add a new one, while Qinertia automatically re-check and re-computes all parameters simultaneously to validate the accuracy and consistency. The user is invited to check every step, and can consult various quality control indicators such as separation, standard deviation, bias, scale factor, lever arm, as well as export statistics reports (RMS, min/max).

8-10 December 2020, Online. For the first time, SBG Systems is exhibiting at FIRA, the leading event for professionals in the agricultural robotics sector! We.. 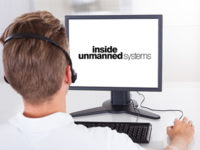 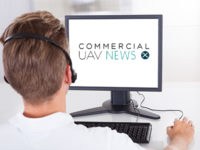 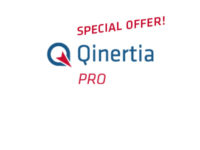 We are thrilled to take the opportunity of this promotional offer to make our clients test our in-house post-processing software called Qinertia. 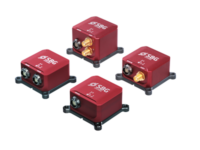 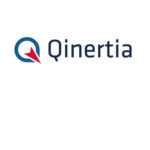 8-10 December 2020, Online. For the first time, SBG Systems is exhibiting at FIRA, the leading event for professionals in the agricultural robotics sector! We..

We are thrilled to take the opportunity of this promotional offer to make our clients test our in-house post-processing software called Qinertia.