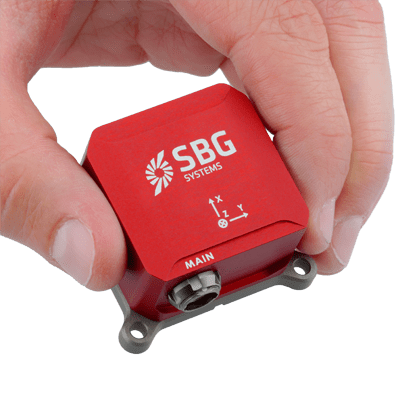 Transmin is an Australian company established in Perth which provides innovative engineered equipment and services to the mining-resources and bulk materials handling industries.
Since 1987, the company has been manufacturing Rock Breakers, Heavy Duty Bin Isolation Gates, Low Profile Feeders, Belt Feeders, and packaged Reagent Plants for Lime and Flocculant. Their rock breaker control system is named RockLogic and is designed to maximize speed, productivity, and safety.

Transmin’s RockLogic rock breakers use the Ellipse-A high-performance Attitude and Heading Reference System (AHRS) to monitor the orientation and determine the relative position of the Rock breaker’s arms. The Ellipse-A is directly installed on the arms and connected to Transmin’s PLC system, which autonomously operates the whole system. Transmin’s rock breakers can be local or remotely controlled. The AHRS is also used for collision avoidance. By providing a precise relative position, collision with surrounding equipment and damage to both the rock breaker and site can be prevented.

Ellipse-A is a miniature industrial-grade AHRS providing 3D roll, pitch, and magnetic heading. The chosen model comes with a durable IP68 enclosure, robust to dust and water ingress. Interfacing the Ellipse-A with the company’s PLC system has been straight forward thanks to the CAN Bus Protocol standard on the Ellipse series. Having a standard-compliant interface to connect the sensor makes its installation and use immediate and effortless.

It goes without a doubt that rock breakers generate a lot of vibrations and shocks due to both high-speed motions and the hammering of rocks. Vibrations were the primary concern for the company, and finding an inertial sensor that was highly precise and robust in these extreme conditions was a challenge. After comparative tests with several different sensors from the market, the quality and performance of SBG Systems’ products eased the choice of Transmin toward the Ellipse-A.

SBG Ellipse sensors are renowned for their robustness. Ellipse accelerometers and gyroscopes have been selected from the high-end components offered on the market. Ellipse algorithms have been developed and enhanced through the years to meet heavy machinery specific dynamics so that measurements remain coherent and robust with no drift. Filtering helps handle vibration, but installation parameters could also improve the solution.

Australian Desert: why is Calibration Crucial?

Transmin’s rock breakers mainly operate in Australia and its desert, where temperatures can typically range between 0 and 45°C, and even rise to 60°C in the sun. “Ellipse sensors have been used for years and have always provided long-lasting operations.”, states Michael Hamilton, Senior Automation & Controls Engineer at Transmin.
How to provide such reliability in such extreme conditions? All Ellipse miniature sensors benefit from an individual high-end calibration using multi-axis rotary tables and temperature chambers, enabling high performance from -40 to 85°C. Thanks to a strict screening process, only sensors that meet specifications are kept for delivery. This is how SBG Systems builds trust with its customers.

Finally, SBG Systems’ MEMS-based products do not require periodic calibration, sparing Transmin the trouble of having to recalibrate the sensors themselves or to add a quality control checks. Transmin mainly operates all over Australia but also in Chili, South Africa, and Canada. Most of their operations are run in remote areas difficult to access, such as underground mines and remote mining areas, etc. Therefore, having to travel all the way back to the main site for maintenance purposes would not be as efficient as it is with a calibrated sensor.

The Ellipse-A makes remote operations easier and, thus, also helps reduce maintenance costs. It allows the equipment to continuously work daily without interruptions, saving a tremendous amount of time. “The lack of requirement for calibration or re-calibration of the sensors eliminates the need for after-sales support of the sensors. This could be considered to be more efficient, by way of providing a product that does not need further maintenance work once installed and in operation.”Hamilton commented. 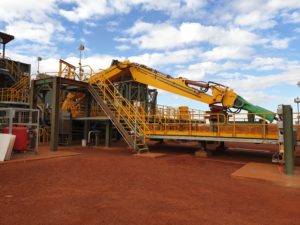